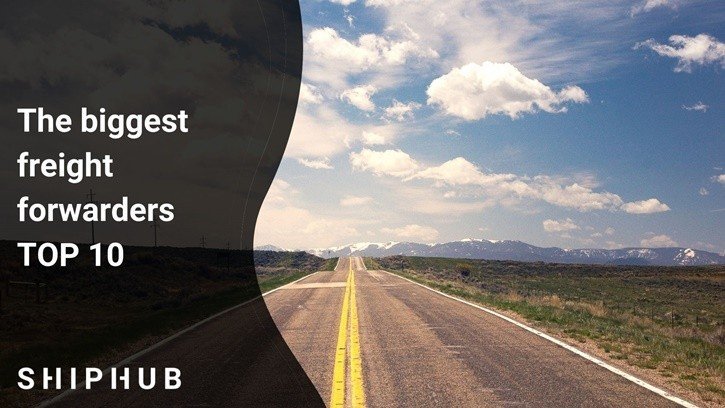 CSX is a leading supplier of rail freight, and it has its headquarters in Jacksonville, Florida. As a rail freight forwarder, the company operates routes with a length of 38,000 km. The company was founded in 1981, joining the railways of the former Chessie System, Seaboard Coast Line Industries, and then in 1986 the brand also merged with the Seaboard System Railroad. The brand value is USD 4 billion.

CN is a Canadian transport company that offers integrated services, including rail, intermodal transport, road transport, freight forwarding, warehousing, and distribution. The company employs around 24,000 rail carriers and transports goods worth more than $250 billion a year to many business sectors. The company carries both raw materials and finished products. The company’s value was estimated at 4.4 billion dollars.

Poste Italiane is an Italian provider of postal services. However, apart from standard postal services, the company also offers various integrated products, i.e., communication, logistics, and financial services. In 2011, the company acquired UniCredit MedioCredito Centrale for 136 million euros (166 million dollars). In 2016, the Italian government approved the sale of shares in the company to 40%. The current CEO is Matteo Del Fante, and the company’s value is estimated at USD 4.8 billion.

McLane is one of the most significant leaders in the supply chain, thus providing food delivery solutions for convenience stores, pharmacies, and others in the US. It has one of the largest private fleets in America and provides approximately 50,000 products to 110,000 locations, employing 20,000 employees. W. Grady Rosier has been the chairman and general director since 1995, and the company’s value is currently USD 4.8 billion.

Union Pacific is a company dealing with rail transport. It handles 8,500 locomotives consisting of 43 different models, which covers 52,000 km of the route. Its system is the second largest in the US. The company started operating in 1862 when it was still called Union Pacific Rail Road. Its current general director is Lance M. Fritz. The value of the brand is 7.8 billion dollars.

DHL is one of the most recognizable logistic brands in the world. The company specializes in international forwarding, courier services, road and rail transport, air and sea transport, international parcels and express parcels and contract logistics. The DHL company was founded in 1969 in the United States. Its current value is 10.7 billion dollars.

Japan Railways Group is also often called JR Group. It consists of seven profit-oriented companies that took over most of the assets and operations belonging to governmental Japanese State Railways in 1987. The total length of routes on which it operates is over 20,100 km. The company’s current value is 11.1 billion dollars.

FedEx is an international courier company headquartered in Memphis, Tennessee. It offers a complete set of online services for preparing shipments, tracking shipments, checking shipment rates, as well as tools for international shippers and small businesses. According to Brand Finance, the brand is valued at 18.1 billion dollars. The current president of the company is Frederick W. Smith.

United Parcel Service is an international American company dealing in the supply of packages and solutions for the supply chain management. It also covers the loading line, freight transport operations, and packaging and shipping centers based on retail sales. UPS currently employs over 444,000 employees and works with 240,000 drivers. UPS delivers goods to around 220 countries. The current president of the company is David P. Abney. The company is valued at 22 billion dollars.