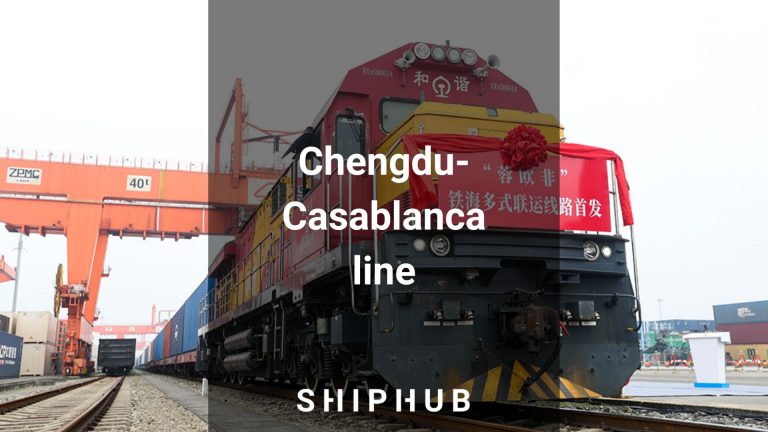 Multimodal services keep expanding. Chengdu-Casablanca multimodal transport line was launched in October 2022. It is the first-ever such link between China and Africa via Europe.

The first-ever freight train on the Chengdu-Casablanca link left the port of origin, Chengdu International Railway Port, on October 15. It was loaded with mostly Chinese products, such as textile materials, produced in Yibin.

It is a new BRI logistic solution to overcome low timeliness and high transportation costs from China to west Africa. It shortens the traditional journey by nearly 500 kilometers and about 3-5 days.

The train departs Chengdu to Hamburg via Khorgos in Kazakhstan and Małaszewicze in Poland. After the freight train reaches Hamburg, the goods are transshipped onto a vessel. Then the cargo travels by sea to Casablanca in Morocco. The estimated transit time is 35 days.

The new route aims to increase exports from China to Africa by means of China-Europe freight train services that have been serving since 2013. It is a cooperation between Chengdu freight train authorities and COSCO Shipping.

It comes as not a surprise that China keeps investing in the Belt and Road Initiative. Africa is China’s important economic partner. The investments picked up after establishing Forum on China-Africa Cooperation. It all paid off – in 2021, the trade volume was at a record-breaking level of over USD 250 bn. Trade volume between China and Morocco was estimated at USD 6 bn and is expected to grow.