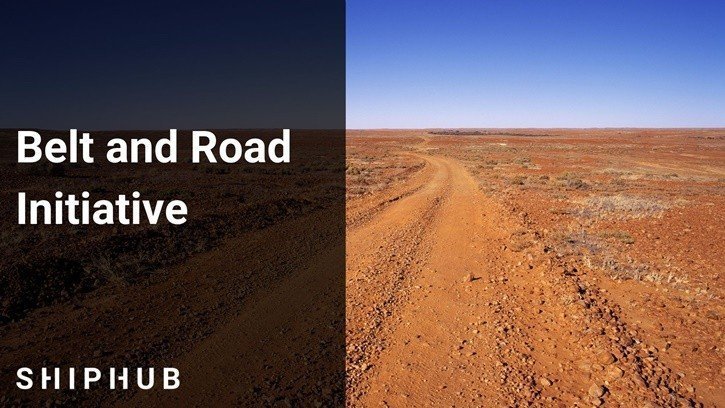 In 2000, the Chinese government began implementing the Going Global (Go Out) strategy, the aim of which was to encourage foreign direct investment and promote Chinese exports. After the above strategy, the Belt and Road Initiative is widely commented on recently. It consists of the concept of the Silk Road Economic Belt and the 21st century Maritime Silk Road also. Both these concepts have their source in the historical Silk Road. They were presented to the world by Xi Jinping in September 2013 during a speech in Kazakhstan. In the world, it is also known as One Belt, One Road – OBOR or New Silk Road.

Finally, the project brings together 65 countries. China has so far signed a memorandum with 40 countries, and cooperation agreements with another 40 countries.

The basis of the Belt and Road Initiative is rail and sea transport and, in the long term, also road transport. The largest part of funds and efforts is directed to the construction or modernization of already existing railway lines and the creation of appropriate infrastructure (including modernization of ports) for efficient maritime transport.

More about Belt and Road Initiative

The main railway routes connecting Europe and Asia are the northern corridor running through Kazakhstan, Russia, and also Belarus and the southern corridor passing through Tajikistan, Iran, and Turkey. They are named as the New Eurasian Land Bridge. Both corridors are supposed to have an end in Rotterdam and should have appropriate connections with London and Madrid.

As part of the Belt and Road Initiative, gas pipelines and pipelines are also being modernized or built in Europe and Asia.

What are the main assumptions of the New Silk Road?

The main assumptions of this initiative include increasing trade and investment between the countries involved and the PRC. Besides, it is planned to create a huge sales market covering 63% of the world’s population and, what is most significant for consumers, increasing the flow of goods. Currently, transport from China by sea takes about a month, and rail transport lasts for at least half less, not to mention air transport, which is very expensive. After completing the project, the vision of receiving a package from China in just a few days sounds very promising. Chinese officials define the Belt and Road Initiative as a “new opening” in trade relations based on similar principles and win-win concepts.

The new Silk Road will cover over  4.4 billion people living in more than 60 countries. This represents one-third of the entire world economy and over 60% of the world’s population. Initial analyzes say that the Belt and Road Initiative will generate 55% of global GDP in the future.

What is the Belt and Road Initiative financed from?

The Belt and Route initiative is financed from investment funds and institutions specially created for this purpose. These are the Silk Road Fund with a capital of 40 billion dollars and the Asian Infrastructure Investment Bank (AIIB), whose capital is estimated at 100 billion dollars, of which the Chinese side paid 26%. This bank brings together a total of 70 countries. Additional financing is also provided by the New Development Bank, operating since 2015, bringing together countries belonging to the BRICS (Brazil, Russia, India, South Africa, and China) with capital at the level of 50 billion dollars.

The effects of cooperation within the Belt and Road Initiative