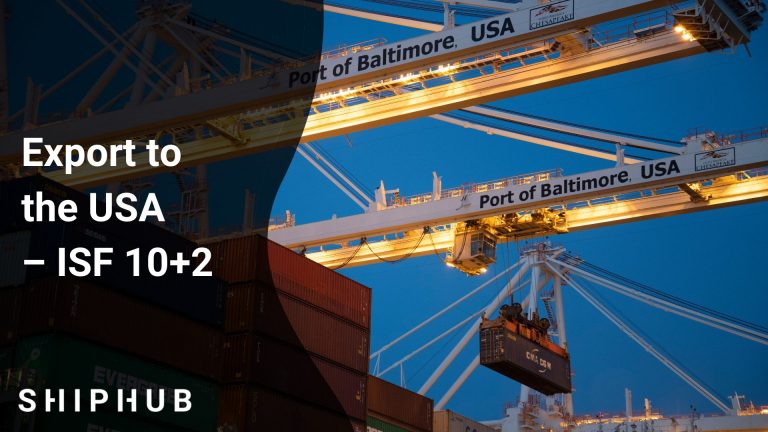 The ISF 10+2 (Importer Security Filing) is a US Customs and Border Protection rule that obliges the importer to submit information about cargo imported by sea to the United States. In theory, the importer is responsible for the ISF 10+2 document, but in practice, this issue is in the exporter’s hands. As an effect of implementing a stricter regulatory regime, this obligation has been in force since January 26, 2010.

ISF applies to cargo transported by sea routes (FCL and LCL). The ISF must be submitted to the customs service within 24 hours before leaving the vessel from the port of departure. Also, the ISF 10+2 can be modified up to a maximum of 24 hours after submitting it. The changes may apply to the ship that reaches the USA’s destination port and cargo that passed through several ports and was transshipped to various vessels. Most importantly, ISF is not submitted when the cargo is unloaded in Canada or Mexico and only goes to the US.

Not submitting the ISF 10+2

When exporting goods by sea to the USA, you must dutifully complete all formalities. Complying with the regulations is very important because customs impose enormous fines on those who do not abide by the rules. After receiving the product data, the customs broker forwards it to customs. Failure to provide cargo data may result in a fine of up to $ 5,000 per shipment.

Below is a list of data elements that are required to be included in the ISF.

The other two elements that must appear in the document:

The data in ISF can be defended with the Bill of Lading.

ISF is not a substitute for AMS (Automated Manifest System), an electronic system for transferring and verifying cargo data when exporting to the United States.

Sea transport to the USA

Despite the formalities related to the ISF, sea freight is still the most popular form of transporting imported goods from other continents to the USA. Although air transport is much faster, it is also more expensive. The advantage of sea shipping is transporting a heavy and large quantity of goods.