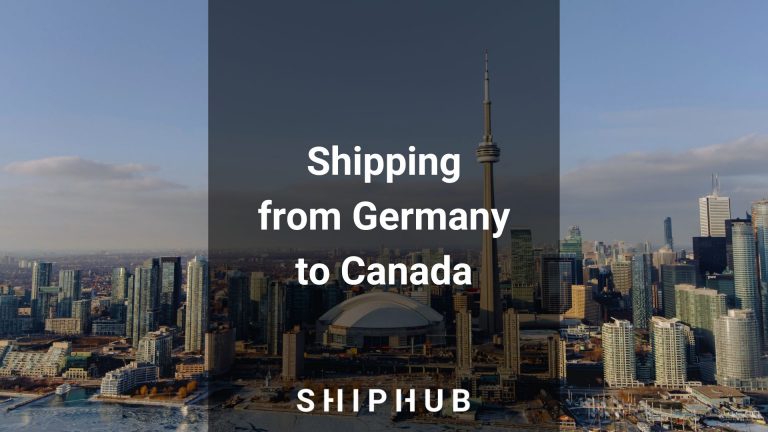 Canada and Germany enjoy a close and friendly partnership. Germany, the largest EU economy and the fourth largest in the world, is a key economic partner for Canada. It is Canada’s largest export market in the EU and its fifth-largest trading partner globally. Germany’s top exports to Canada include vehicles, machinery, pharmaceutical, and optical products. Let us explore the methods of shipping from Germany to Canada.

Shipping from Germany to Canada

Sea transport from Germany to Canada

Sea freight is the cheapest mode of transport for shipping large quantities of goods. Unfortunately, it is also much slower when compared to air freight. There are two types of sea shipments: FCL and LCL. FCL (Full Container Load) means your goods fill an entire container. LCL (Less than a Container Load) means your goods do not fill an entire container and will be shipped along with other importers/exporters’ cargo. LCL takes longer since the cargo has to be consolidated.

How long does sea shipping from Germany to Canada take?

Standard transit times for FCL and LCL shipping between Germany and Canada is 15‑25 days and 22-40 days for LCL.

Air shipping from Germany to Canada

When you have goods that need urgent transport from Germany to Canada, air freight is your fastest and safest option. However, air freight shipping is much more expensive than sea freight. You should choose air freight when your freight is fragile or perishable and benefits from the shortest transit time possible.

How long does air freight from Germany to Canada take?

Shipping cost depends on many factors. Prices from different forwarders vary. The best way to find a perfect solution for you is to compare offers from multiple freight forwarders. ShipHub.co is a great platform to compare freight shipping rates. All you have to do is to fill in the form from the website to get a free quote.