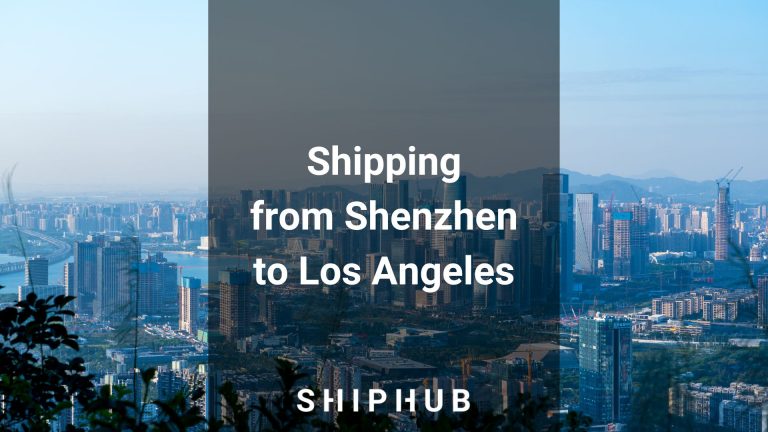 Shenzhen is the main manufacturing center of the high-tech industry in China. Therefore, it is best to import all kinds of electrical equipment, electronics, machinery, computer components, or other specialized equipment from this region. The output value of exported products from the high-tech sector is worth over USD 970 billion. Los Angeles is the global trade and investment hub of the United States. This article discusses shipping from Shenzhen to Los Angeles, CA.

Shenzhen is one of China’s most important economic centers. It is located in Guangdong province and directly borders Hong Kong. The city, ‘designed’ back when Deng Xiaoping was still in office, was an economic experiment and an attempt to create competition for neighboring Hong Kong. Today, it has a population of over 13 million and is considered the second wealthiest city in the world. In 1980 the authorities decided to create the country’s first special economic zone in Shenzhen, boosting economic development. Shenzhen is China’s electronics manufacturing hub, and the city’s port is one of the world’s largest seaports.

Shipping from Shenzhen to Los Angeles

Shenzhen is located on the Pearl River Delta at the entrance to the South China Sea. Transport from Shenzhen to Los Angeles is possible via ocean and air freight.

Ocean freight is the most popular shipping method. It is the cheapest option, but the transit time and higher exposure to accidents are its downsides.

How long does sea shipping from Shenzhen to Los Angeles take?

The average ocean freight transit time from Shenzhen to the port of Los Angeles is 20 days.

About the Port of Shenzhen

The Port of Shenzhen is the collective name of a number of ports located along part of the coastline in Shenzhen. It extends along 260 km of coastline. The port is also divided by the Kowloon Peninsula into two areas: the East and the West Port. The Port of Shenzhen is the third largest port in the world. It boasts 230 international container routes, the highest number of all ports in China.

The Port of Los Angeles

Port Los Angeles is the largest port on both American continents. It has been the number one container port in the US since 2000. It features passenger and cargo terminals, including breakbulk, automobile, container, dry and liquid bulk, and warehouse facilities.

Air shipping is the ideal solution for those who ship time-sensitive goods. Air freight is more expensive but is the safest and fastest option. Choosing this means of transport is also particularly cost-effective when importing high-value items.

In the case of air shipping from Shenzhen to Los Angeles, the transit time is 5 days.

Shenzhen International Airport, which handles cargo to Los Angeles, is one of the largest cargo airports in southern China. Opened in 1991, the airport handles more than 1 million tons of cargo annually.

Los Angeles International Airport (LAX) is the ninth busiest cargo airport in the world. It is the largest and busiest international airport on the US West Coast. It has been serving Los Angeles and its surrounding area since 1928.

How much does it cost to ship from Shenzhen?

The cost of transporting cargo from China depends on many factors, such as: