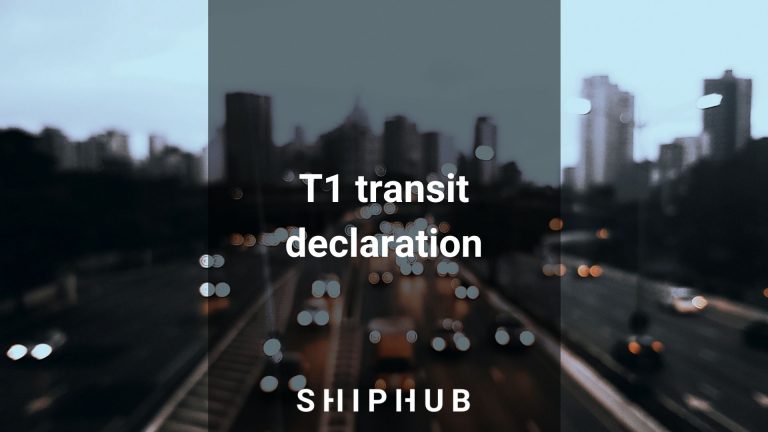 Customs transit is a procedure under which goods are carried, under customs control, between two points of a customs territory via another customs territory. When it comes to transit in the European Union, there are two types of procedures – external and internal transit procedures. How to use external T1 transit declaration?

The T1 procedure is the external transit procedure and applies to any classification of goods. It is mainly used when non-Community (non-Union) goods are moved. Such goods are products not manufactured or obtained in the customs territory of the European Union, as well as products from a third country but not yet introduced to the Community market. With the T1 declaration, import duties and other trade policy measures (like anti-dumping duties) are suspended until the goods reach their destination in the Union.

For the internal transit procedure (in the customs territory of the Union), a T2L transit declaration is required.

To obtain a T1 transit declaration, you need to have documents such as:

The transit declaration shall be presented at the customs office of departure in electronic form or, in specific cases, in paper form. After its acceptance, the MRN (master reference number) is generated in the customs system NCTS.

Once the goods have been released for transit, the system generates a TAD (transit accompanying document) and a List of items. Under the heading “Declaration type (1/3),” it should say the transit code T1. The TAD (and sometimes the List of items) must accompany the goods to the office of the destination.

The list of items (LoI) is a document that accompanies the transit accompanying document (TAD). It indicates the type of goods. When accompanying the T1 transit declaration, at the top of the form under the heading “Declaration type (1/3),” the code T1 is inserted.

T1 (and T1bis) should be printed and completed in one of the countries’ official languages, accepted by the competent authorities of the departure.

The numerical code for the T1 declaration as defined in the 2014b UN Directories for electronic data interchange for administration, commerce, and transport is 821 Transit Declaration (T1).