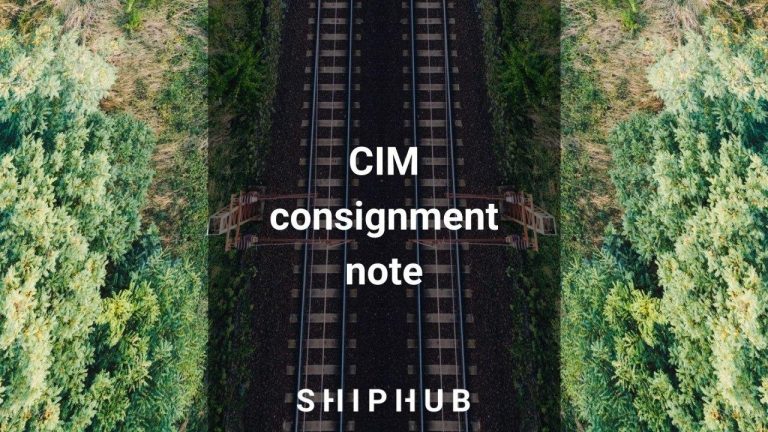 A transport document specifies the terms of the contract for the carriage of goods. This type of document is used in the air (airwaybill), sea (bill of lading), road (CMR), and rail transport. For rail freight, the SMGS and the CIM rail consignment notes are used. When is the CIM consignment note needed?

What is the CIM consignment note?

The CIM consists of five printouts:

It is allowed to draw up a consignment note and its duplicate in electronic form.

Data in the CIM

Each consignment should have its separate consignment note. The CIM contains the following data:

In which countries is the CIM used?

The CIM note is used in most European countries and in several countries in Asia and Africa that are party to the COTIF convention. COTIF was established by the Intergovernmental Organization for International Carriage by Rail (OTIF). The Convention shapes the rules concerning the Contract of International Carriage of Goods by Rail (CIM), as well as Passengers and Luggage (CIV). It also regulates the use of vehicles and infrastructure in International Rail Traffic.

The sender issues this consignment note in the country of dispatch’s language with a translation into one of three languages: French, German, or English.

Articles not acceptable for carriage under the CIM consignment note

You cannot move under the CIM:

Some articles can be moved, but subject to conditions:

More on the CIM

The CIM stands for Uniform Rules concerning the Contract of International Carriage of Goods by Rail. While its primary rules were laid out in the COTIF convention in 1980 in Bern, it has been modified over the years.

Both the sender (consignor) and the receiver (consignee) have the right to modify the carriage contract. The contract regulates these cases.

What is the difference between the CIM and the SMGS?

If the consignment is sent from France to Russia, the route from the forwarding station to Poland is under the CIM letter. After crossing a railway border crossing (e.g. in Malaszewicze) to Belarus, an SMGS consignment note is applied until the goods reach the Russian destination station.