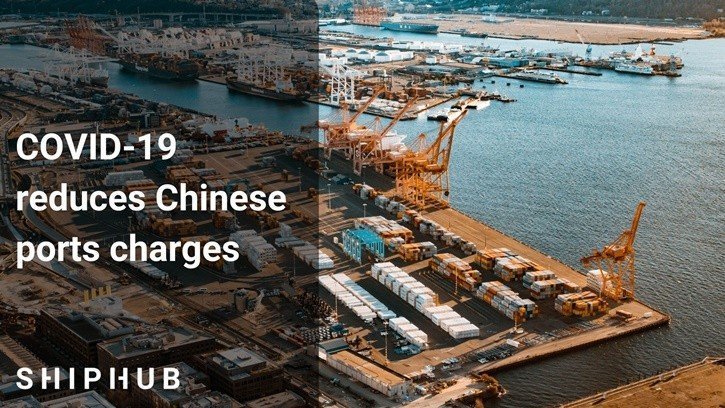 Although the spread of coronavirus (COVID-19) in China has somehow slowed down, it still has severely disrupted the global supply chain and immensely impacted the Chinese economy. Some of the problems remained. It has been reported that in order to promote the work resumption of logistics firms, China will lower the service charges of ports.

According to a circular issued by the Ministry of Transport and the National Development and Reform Commission, port charges for cargo and facilities security will be cut by up to 20%. The charge cut will apply between March 1 and June 30, 2020. It has been estimated that the measure will save enterprises and shippers 380 million yuan.

Moreover, some of the emergency response fees for cargo ships will be suspended for the time being. The cancelation will not include fees for oil tankers. In addition, the cost of railway insurance, as well as fees on containers and freight cars, will be halved.

How has coronavirus impacted container traffic in China?

It has been estimated that China’s top eight ports, including Shenzhen and Shanghai, reported a nearly 20% drop in monthly container traffic in February in comparison to the previous year. As the eight ports serve over half of China’s trade in containers, it concludes that the trade has decreased by a fifth.

Thus it was measured that Chinese exports dropped 14% in January and February compared to the same period the previous year. Overall port operators’ profit is likely to drop 15% in the first quarter in comparison with the same period last year. Ports near the Yangtze River, especially in the epicenter of Hubei, have suffered the most.