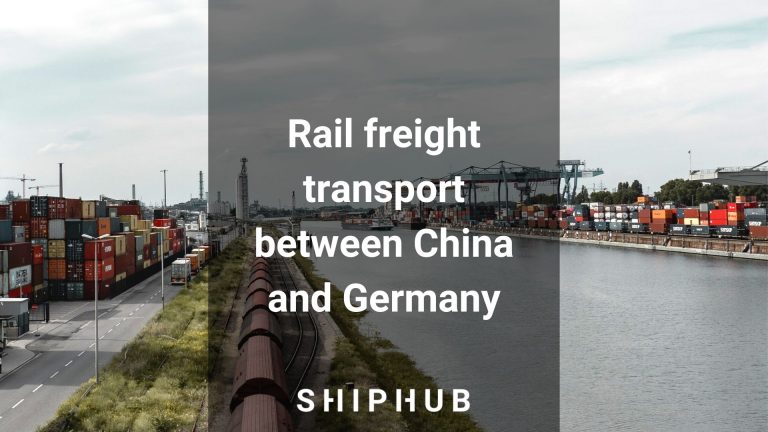 Germany is a country that is on the New Silk Road route. Cooperation between Germany and China is considered prosperous. Germany was the first European country to start the expansion of goods to China. According to data from 2015, Germany was the most significant business partner of China in Europe, while for Germany, China is the third most important global partner and the first in Asia. Transport between these two countries is constantly evolving. Goods can now be delivered not only by sea but also by rail to terminals in Germany. See what rail connections from China to Germany look like.

Freight train from China to Germany

China sent the first test trains to Germany as early as 2005. However, in 2015, the trains covering this route were already 400.

Since 2011, Deutsche Bahn has been shipping via rail, among others, BMW parts from Leipzig and Regensburg to car plants located in the Chinese city of Shenyang.

The main terminals in Germany are mainly the cities of Duisburg and Hamburg.

Duisburg is often referred to as the central point in Europe for the Chinese Silk Road. At present, about 25 trains a week arrive from China to Duisburg. It seems a lot, but compared to the entire transport between Asia and Europe, it is not much.

The popular route connecting Chongqing with Europe is over 11,000 km long and started operating on August 31, 2012. The route begins in Chongqing, then passes through Kazakhstan, Russia, Belarus, Poland, and arrives at the German city of Duisburg.

At the terminal in Duisburg, where the railway tracks run straight to the bank of the Rhine, the goods are loaded directly onto ships, stored for further shipment in one of several warehouses or sent by train or truck to Greece, Spain or the United Kingdom.

The connection between the international terminal in Changchun (Jilin Province) and Hamburg is also popular. The train journey lasts from 12-15 days, and the route passes through Manzhouli in Inner Mongolia, through Russia, Belarus, and Poland, until it goes to Hamburg.

Besides, there are also regular connections from Zhengzhou to Hamburg.

Depending on the route, a train from China to reach Germany needs between 14 and 18 days. Railway operators also create rail connections from various cities in China. This allows the route of goods to be shortened from the shipper to the rail terminal and reduces the transport cost.

Rail connections from China to Germany

Rail transport is undoubtedly an interesting alternative to sea or air transport. The travel time is shorter than in the case of sea transport, while prices are much lower than those for air transport.

Besides, the use of rail transport is much safer when it comes to shipping goods. The possibility of destroying the container during shipping is minimal.

Also, rail transport is more environmentally friendly. The emission of sulfur dioxide is five times lower than in the case of air transport.

For the German railway, rail transport is a good deal.

Freight train from China to Germany – Who chooses rail transport?

The mentioned Deutsche Bahn brings out that the railway carriage seemed a particularly interesting option for clothing, electronics, and car parts manufacturers due to the competitive delivery time.

Usually, toys, clothes, and electronics are transported from China to Germany. From Germany to China, German cars, Scotch whiskey, French wine, and fabrics are usually carried.