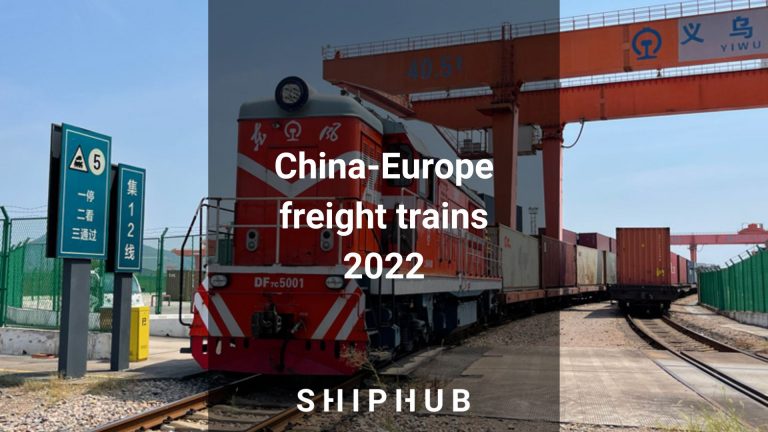 China-Europe freight trains in 2022 made 10,000 trips on the 21st of August. It was about ten days earlier than in the previous year. The mark was not only hit earlier but also with a record TEU volume.

China-Europe freight trains moved 972,000 twenty-foot equivalent units (TEUs) of goods during the 10,000 trips. Compared to the numbers from 2021, there was a rise of 5% in the volume of goods. The 10,000th freight train trip was made from Xi’an to Hamburg, Germany.

China-Europe railway net is an important part of the Belt and Road Initiative. As of 2022, China-Europe freight trains have 82 routes with 200 city stops in 24 European countries. There are over 50,000 kinds of goods from 53 categories moved on the China-Europe railway, ranging from grain and clothing to automobile parts.

The improved outcome is due to the increased transportation capacity of freight trains. China upgraded domestic transportation channels and infrastructure. The Yiwu-Europe train service is an example of a stable train link that facilitates shipping goods from the world’s factory to European countries.

10,000 freight train trips is not the only milestone hit in August 2022. The 1000th journey in 2022 on the Yixin-Europe rail link began on the 16th of August, and the train arrived at its destination on the 21st of August. The X9017 freight train transported metalware, daily commodities, and more from Yiwu via Xinjiang’s Horgos and five Central Asia countries to Europe. In 2022, on average, 133 freight trains dispatch monthly from Yiwu to Europe, accounting for 15.3% year-on-year growth. Since 2013, Yiwu has dispatched 4,400 freight trains with 360,000 TEU onboard.

Read more about the Belt and Road Initiative rail links:

Rail freight from China to Europe

Rail freight to Turkey from China

Rail freight from China to Belgium