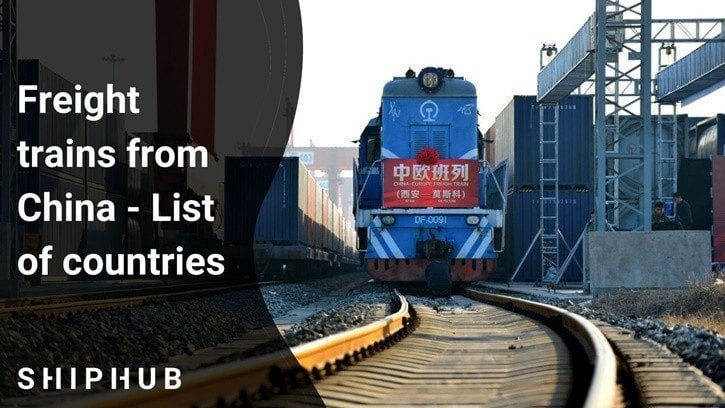 Where do the freight trains from China arrive?

China, in less than a decade, has built an impressive national high-speed rail network with instant trains and massive railway stations. Currently, Chinese are making considerable advances in expanding their rail freight networks, internationally, within the so-recognized project “One Belt One Roda.”

Thanks to the new infrastructure, rail traffic on the route connecting China and Europe in recent years has increased almost tenfold from 25,000 TEU in 2014 to 240,000 TEU in 2017.

According to the Chinese, freight trains are an ideal alternative to sea and air transport. China is rediscovering the old Silk Road and bringing this idea of trade back. Chinese plans to develop inland parts of the country to improve transport. This includes the creation of many free-trade zones inland.

The efforts of the Chinese people already show positive effects, especially among advanced technology manufacturers in Chengdu, Zhengzhou, and Chongqing. It is a better option for them to deliver goods to Europe. It will take about 15 days, and not like in the case of sea freight – about 45 days.

It should be remembered that rail connections between some countries are not regular. However, there are documented cases where trains from China have arrived in these countries. We encourage you to read the table below, in which the countries to which China has sent its freight trains have been presented.

Currently, China is ambitiously working on a railway connection with Singapore, which will pass through the Malay Peninsula.

Thanks to this project, which is also known as Kunming-Singapore, China’s freight trains will be arriving at each of the following Southeast Asian countries: