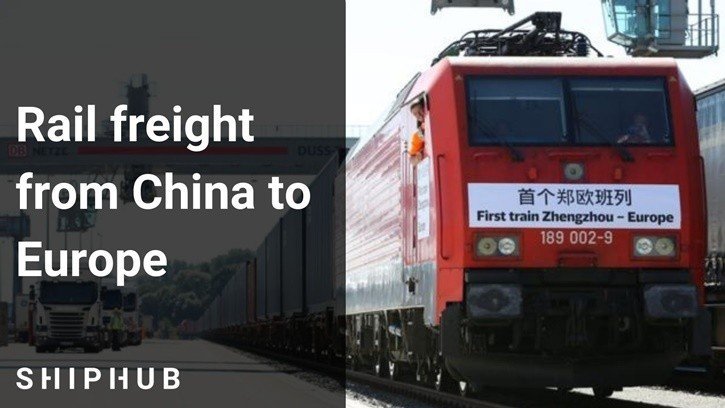 Rail transport is the most dynamically developing branch of logistics. Also, this transport is an ideal alternative to expensive air transport and shipping of goods by sea, which often takes more than 40 days. The rail freight from China to Europe was launched based on the idea of the Silk Road.

Rail freight from China to Europe

Centuries ago, China and Europe were connected by the Silk Road, which was led from Xi’an, through Central Asia to Constantinople. Silk, iron, and paper were mostly transported. However, by the later opening of the sea routes, the railway route lost its importance. It is now opening again and becoming very significant in trade relations between Asia and Europe.

Rail transport on the China – Poland route was launched already in 2013. However, the use of this type of transport was not so popular and widespread at the time. At that time, the chairman of the People’s Republic of China, Xi Jinping, initiated the New Silk Road.

The idea was created in 2008 when an agreement was signed to simplify the rules of rail transport of goods, i.e., SMGS convention.

Rail transport cargoes, similarly to sea transport, are divided into:

It is possible to transport by rail goods from China at a controlled temperature, i.e., the so-called refrigerated transport.

Main terminals for transport between China and Europe

Currently, there are more and more railway connections between China and Europe.

Routes running through Poland connect Antwerp and Duisburg with Chongqing, as well as Hamburg and Zhengzhou. Carriages on these routes are usually longer and carry about 250 containers.

Trains from China to Poland cover 11,000 km. They run from 7 to 17 days, depending on the initial and destination terminals.

The train travel time to Germany is extended to about 19 days. A good example is a train running from Shilong to Duisburg. The train stops in Warsaw. The route goes through Yekaterinburg, Moscow, Małaszewicze, Warsaw, and also Hamburg, to Duisburg. The route measures over 13,000 km.

We can also transport goods by train from China to United Kingdom. For example, train from Yiwu to London needs 18 days.

Transit time can be extended by about two days when using the door-to-door option. To a large extent, this depends on the destination of the load as well as on the final station of the train.

The cost of rail transport

Rail transport costs are almost three times lower than those for air transport. The railway route reduces costs by nearly 30%.

The price for a container is usually from USD 4,900 to 10,000. However, it depends on the transported goods.

Traditional rail route – Which way is the train from China going?

Containers can travel on two routes. The northern way runs through Russia and Belarus. This is the path of the Trans-Siberian Railway. The southern route runs through Kazakhstan, Russia, and Belarus. However, the transport time does not exceed three weeks.

The Kaliningrad terminal became a new border crossing on the Silk Road. The number of border crossings and cargo points is also constantly increasing, and with this trade between Europe and Asia is growing.

Train from China – what can we transport?

In 2017, 356 million smartphones went to export from Guangdong Province, where every fifth smartphone in the world is manufactured.

Rail transport is an interesting alternative for both sea transport and air transport. For people who care about time and price also, it is recommended to choose this type of transport.