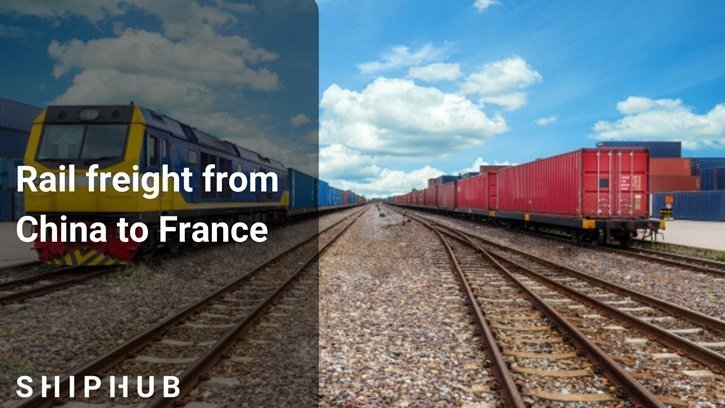 For freight operators, the opportunity to increase the scale of their operations in the promising intermodal segment is the development of China’s rail link with Europe – The New Silk Road. The Chinese provinces are striving to open new transport routes for faster and safer transportation of goods. Intermodal transport using rail is currently more expensive than maritime transport, but its advantage is speed and safety.

The transport of goods from China to Europe is currently dominated by maritime transport. Only 3.5% of the export from China to the European Union goes by land, despite the advantages of this solution: much lower costs than air transport and even several times shorter transport time compared to sea transport. Cargo transportation by rail from central China to France takes from 15 to 18 days, while by sea it takes up to 35-40 days.

In 2016, a train transporting containers set off from the Chinese city Wuhan to Lyon. It marked the start of a new direct China-Europe freight train route stretching 10,815 kilometers. PKP Cargo operates the route. The train passes through the Polish Małaszewicze, from where it then goes to Germany and France.

Each of the container trains operated by PKP Cargo Group from China passes through the group’s logistics center in Małaszewicze, located on the Polish-Belarusian border. Due to the necessity of transshipping containers from the eastern wide track into normal track wagons, Małaszewicze is a gateway to Europe for trains from the East.

Since 2019 train from Wuhan to Lyon is available for refrigerated agricultural products. Trains are loaded and unloaded in Venissieux, 16 kilometers far from Lyon. There are two trains per week in both directions. Previously, the service was only available for electronic and textile products imported from China.

Lyon has strategic rail connections with Duisburg in Germany and Barcelona in Spain as well as with French cities Paris and Bordeaux. Most of the trains coming from China to Lyon are transhipped there and then dispatched to the rest of the country.

It is currently one of the longest trance in the world. It is over 13 thousand kilometers long and lasts about 21 days. The decision to merge Yiwu with Madrid was made in September 2014 on the Sino-Spanish summit. The route is longer than the Trans-Siberian Orient Express railway. It crosses Kazakhstan, Russia, Belarus, Poland, Germany, and South France.

The InterRail Group launched this train connection in cooperation with Chinese Railways and Deutsche Bahn (DB). The InterRail Group, registered in Switzerland, is an international transport group with a focus on rail freight, and the owner of rolling stock and containers.

More aritlces about rail freight from China to Europe:

Rail freight from China to Belgium