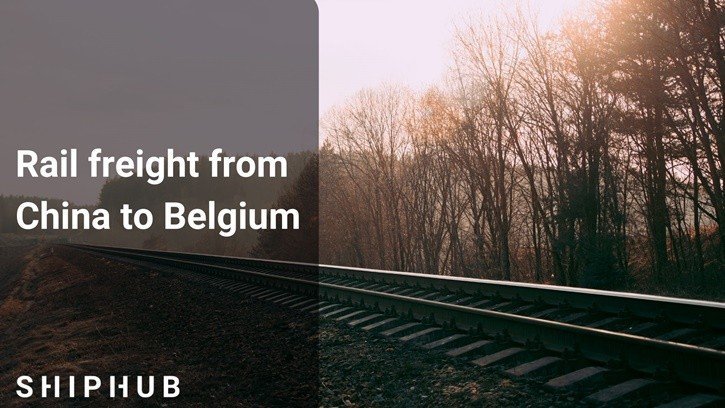 The Belt & Road Initiative (BRI) is considered the most extensive infrastructure and investment project in history. The Chinese initiative of the New Silk Road involves the construction of new and development of existing transport routes from China to Europe and other continents. Therefore, in the past few years, China-Europe connectivity has raised significantly, as many routes were established. Several routes by rail lead to a country that is considered a unique gateway to the European market – Belgium.

In 2017, the first cargo train launched from the Chinese Daqing in Heilongjiang province to the Zeebrugge Port in Belgium. The train crosses Russia, Belarus, Poland, and Germany. It covers over 10,000 km in just 18 days. In comparison with the sea route, the time decreases significantly, even by 28 days. The cargo service was the first to connect Heilongjiang to Europe. One of the partners in this project is HAO Logistics. It was estimated that annually up to a hundred trains would be dispatched.

The network has only expanded from there. In 2018, a new rail link was created between Tangshan in Northeast China and Belgium. The train reaches its destination, Antwerp, in 16 days, and reduces the travel by about three weeks compared to the sea route. The freight train travels via Kazakhstan, Belarus, Poland, and Germany – a total of 11,000 km. The rail service is an initiative of Tangshan City & Tangshan Port in collaboration with the Chinese rail company CRCT and the Chinese state-owned Cosco shipping line. The direct train service was intended to be provided once or twice a month.

Later in 2018, another China-Belgium link was established. The Zhengzhou-Liege cargo train route is the third of its kind connecting cities of the two countries, bringing Chinese province Henan and Belgium even closer. The travel time is approximately 12 days. Initially, the train service was scheduled to run once a week. Before, from Zhengzhou only train services to Malaszewicze in Poland and Hamburg and Duisburg in Germany were available.

In 2019, a service launched between Xi’an and Kluizendok terminal in Ghent, part of Belgium’s North Sea Port. The railway line reduced transit time by 50%. The journey takes 18 days, although another four days should be added considering the transshipment in Malaszewicze. There, the containers are shifted on a ro-ro trailer and the other way around. The route is a cooperation of ITL (Xi’an International Trade & Logistics), its European partner ICL (Intermodal Container Logistics – Vienna/Austria), and Volvo. Thus, the North Sea Port strengthens its position as a multimodal port.

Later in 2019, a new link between Yiwu in China and Liege was created. The new route cut the delivery time from Yiwu to Europe by one-two days. The train is meant to reach Liege in around 15-20 days and to run two times a week. After the arrival, the parcels are dispatched thorough Europe mainly via eHub, Alibaba’s logistics arm Cainiao Network, and other regional distribution channels.

Port of Antwerp is the most significant economic engine in Belgium. Antwerp serves as a transshipment hub for foreign trade, both with China and Africa by rail. Up to 130 trains enter or leave the port every day. Also, China is Antwerp’s fourth-largest trading partner country. The Port of Antwerp has various rail connections to China via the “hub & spoke” concept. Freight trains from and to China have a consolidation terminal in Central or Eastern Europe. These hubs transfer the goods onto direct trains to China. Therefore, Antwerp is a crucial European link in One Belt One Road.

Liege Airport is Belgium’s largest air freight hub and Europe’s 7th-largest cargo airport in Europe. Many companies outside the European Union choose Liege Airport to enter the EU market over other destinations. On our site, we have already written about Liege airport.