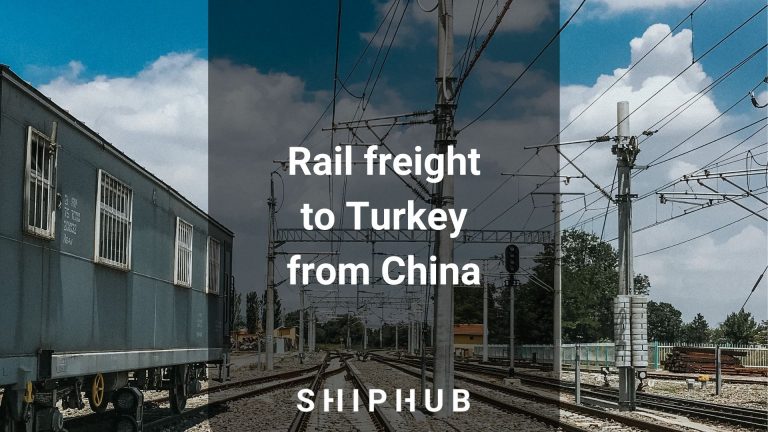 Turkey is a strategically located country that serves as a critical point between Asia and Europe. It is the perfect place to bring together China and Europe by railroad. Turkey has been recognized as a significant player in the Belt & Road Initiative (BRI). The Middle Corridor (The Trans-Caspian International Transport Route (TITR) plays a huge part in the BRI. As a result, you can ship by train from multiple Chinese cities. Check more about rail freight to Turkey from China.

An important line was launched in 2017. The Baku-Tbilisi-Kars (BTK) railway line overall engages not only Azerbaijan, Georgia, and Turkey, but also China and other Asian countries. The transit time is less than three weeks. It also extends to European countries all the way to the UK. For two years since its launch, the link carried 275,000 tons of freight.

Since 2016, a cargo train route linking Chengdu to the economic, cultural, and historic center of Turkey, Istanbul, has been running. The train passes Xinjiang Huoerguosi port, Baku, Aktau, Poti, and other stations in Kazakhstan, Azerbaijan, Georgia to arrive at Istanbul. The travel time is around 15 to 17 days.

At the end of 2015, a service was launched between Lianyungang and Istanbul. Having gone through some improvements, the route was re-launched in 2018. The train goes along the Trans-Caspian International Transport Route (Middle Corridor) through Kazakhstan, Azerbaijan, and Georgia. The shipping takes approximately 18 days, and the rail link reduces the travel by around two weeks compared to the sea route. The Lianyungang-Istanbul delivery time is 21-23 days, while the Lianyungang-Izmir delivery time is 24-26 days. The train service was scheduled to run at least three times a month.

In 2019 the first China Railway Express line train reached Turkey. The train crosses into Europe through Kazakhstan, Azerbaijan, Georgia, and Istanbul’s Marmaray, a subsea tunnel, reaching a railway station in Zeytinburnu, Istanbul. The tunnel is 13,5 km long. The travel time between China and Turkey has been reduced from a month to just 12 days, thanks to the Baku-Tbilisi-Kars (BTK) railway line. The train reaches Prague via Bulgaria, Hungary, and Slovakia.

As of 2020, another intercontinental link was established between China and Turkey. AP Moller-Maersk launched its first rail service that connects Xi’an and the port of Izmit in Turkey. The new route is a part of the Maersk Intercontinental Rail (ICR) service network. It aims to shorten the transit time between China and Turkey by up to 16 days. The rail service provides customers with more network options, as there are multiple drop-off locations.

From Izmit, the cargo can be transited further into Europe: to the Black Sea, Eastern Europe, and Southern European countries. The direct train service is provided once a week or more, depending on the demand for service. Izmit has benefited from a strategic location, as well as from the improved Tukey’s rail infrastructure.

Rail freight to Turkey from China – Why is the China-Turkey route important?

Undoubtedly, Turkey holds an essential role in the economic and social development of the geographies of both Asia and Europe. The key points on the map are the Turkish Kars, Ankara, and Istanbul. The Middle Corridor that runs from China to Turkey provides an alternative gateway to Europe. Thanks to the Baku-Tbilisi-Kars railway, the journey time from China to Turkey and Europe has decreased significantly. It is said that the Iron Silk Road alone benefits around 5 billion people and 60 countries.