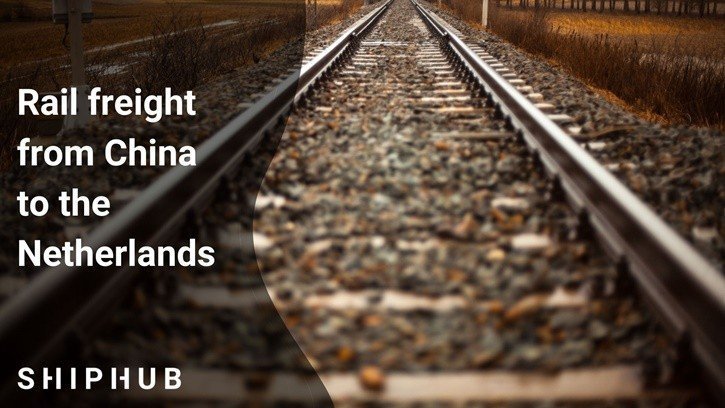 The highly competitive transport market keeps developing rapidly, putting forward more and more interesting options. Shipping goods from the Far East is usually associated with the sea or air freight. However, a new attractive alternative appeared in the last decade, which is fast rail freight. It is now possible to transport goods by train to cities in the Netherlands too, which is good news for those who are looking for innovative ways to get their cargo delivered. See the description of rail freight from China to the Netherlands.

It is no secret that there has always been a dilemma between shipping goods via air and sea freight. Both these options have their upsides and downsides. While airplanes are much faster than ships, they are also much more expensive. What distinguishes rail freight is that it is somewhere in the middle of these options – it takes shorter than sea freight but is substantially cheaper than air freight. Shipping by sea usually takes around 45 days, whereas an express train from Chengdu to Tilburg only needs 15 days to arrive.

What is more, rail freight is more eco-friendly than sea and air freight, and it can ensure better safety of shipping goods.

Are there direct trains from China to the Netherlands?

The first rail service from China to the Netherlands was launched in 2016. It is the Chengdu-Tilburg-Rotterdam express train operated by CDiRS in partnership with GVT Intermodal, and it runs three times a week both ways. Its capacity is 84 TEU per train. Recently there have also been attempts to establish a new route from Changsha to Tilburg, operated by RZD Logistics and Hunan Xiangou Express. However, they have not succeeded yet.

Another option is considering freight trains that go to Hamburg or Duisburg in Germany, which are relatively close, and it should not be difficult to continue shipping from there.

Connected railway terminals in China and the Netherlands

Chengdu is one of the major rail hubs in China, and this is where the express train to the Netherlands starts its route. It is well connected to other places in China, so we can also easily order rail freight from cities such as Kunming, Nanning, Shenzhen, Xiamen, Yiwu, Ningbo, Wuhan or Shanghai.

As we mentioned above, there are two terminals in the Netherlands where the freight trains from China stop, and those are Tilburg and Rotterdam.

What is the train’s route? How long does it take?

The train from China to the Netherlands has to cross a long way of around 11,000 km, depending on the route. It goes via Kazachstan, Russia, Belarus, Poland, and Germany straight to Tilburg (RailPort Brabant) and takes 15 days to arrive.

To sum up, it is only the beginning of railway connections between China and the Netherlands, so it is worth tracking the new accomplishments in this area and considering the solutions already provided.