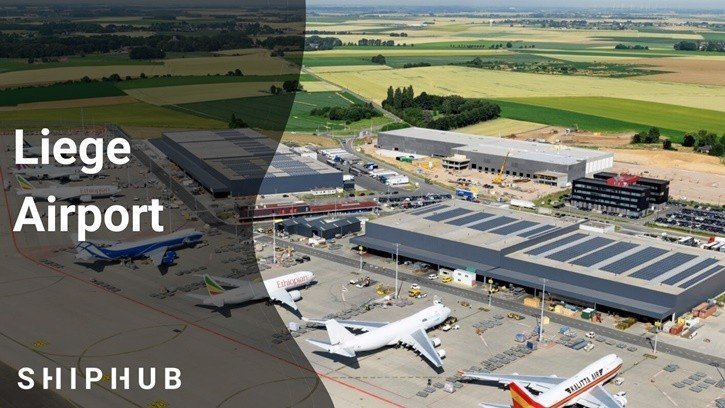 Liege International Airport is located in Grâce-Hollogne, 9 km from the capital city of the province of Liege with the same name in Belgium. It is the second biggest airport in Belgium and the 7th biggest cargo airport in Europe.

The airport is identified by the IATA airport code LGG. The first terminal on the site opened in 1930. The airport mainly handles cargo and charter flights. As it is located in a strategic place – in the center of the golden triangle Frankfurt-Amsterdam-Paris – 66% of European freight transits through the area. It also serves as the hub airport for ASL Airlines Belgium (TNT Airways), CAL Cargo Air Lines, Ethiopian Airlines (Cargo), and Qatar Airways Cargo. The airport is also used by airlines such as EI AI Cargo, Emirates SkyCargo, and Icelandair Cargo.

In 2005 a new passenger terminal was opened, increasing the capacity to 1 million passengers, although passenger traffic is not crucial for the airport. Currently, the traffic is even lower than it was in 1998, in total just over 170,000 passengers per year. Flights are operated by TUI fly Belgium.

On the other hand, freight traffic is growing considerably. The largest changes in capacity were introduced in 2010, increasing by 32%. The next major increase took place in 2018 – by 21%. In 2019, over 900,000 tons of cargo was moved through the port. It was possible due to the investment of 50 million euros, which resulted in 20,000 square meters of additional cargo space. What is more, the capacity is to increase significantly when an additional area of 220,000 square meters is opened in 2021, resulting from the Alibaba/Cainano investment of 75 million euros.

Airport amid the Coronavirus pandemic

Liege Airport has been selected by the World Health Organization (WHO) and the World Food Program (WFP) to play a crucial role in distributing critical goods around the world to deal with the Covid-19 pandemic. According to WHO, the supply chain must distribute at least 100 million medical masks and gloves, up to 25 million N95 respirators, medical gowns and face shields, up to 2.5 million diagnostic tests, as well as large amounts of oxygen concentrators and other medical equipment every month. Cainiao Smart Logistics Network, backed by Alibaba, whose hub is the Liege Airport, has taken on this role.