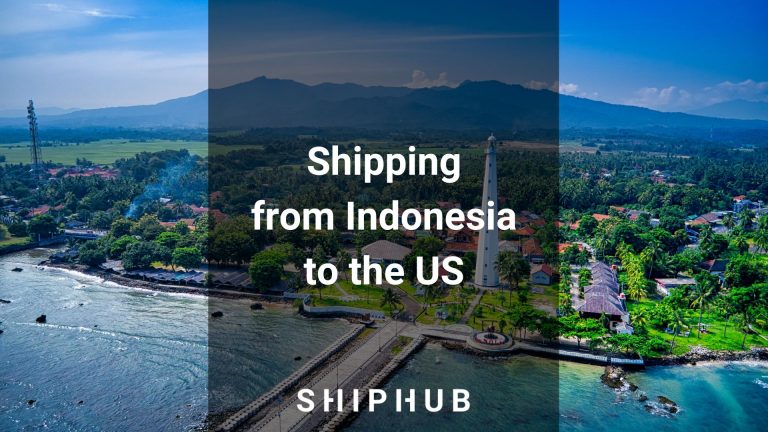 Indonesia is a vital partner in the Indo–Pacific region; therefore, Indonesia–United States relations are more significant. Indonesia is currently US’s 24th largest goods trading partner, with $27.6 billion in total goods trade in 2020. The United States was one of the first countries to establish diplomatic relations with Indonesia in 1949, following its independence from the Netherlands. The US and Indonesia initiated a Comprehensive Partnership in 2010. Based on its success, in 2015, the two countries upgraded the relationship to the US–Indonesia Strategic Partnership, extending cooperation to regional and global significance issues. How is it with shipping from Indonesia to the US?

Shipping from Indonesia to the US

Sea freight from Indonesia to the US

The USA and Indonesia have access to the oceans, making sea freight the most popular and cheapest mode of transportation, especially when shipping large quantities of goods on long distances. The downside is that ocean freight is the slowest one. Usually, shipping from Indonesia to the US takes 35-60 days.

You must choose between FCL and LCL transport when shipping by sea. FCL (full container load) means your goods fill an entire container. LCL (less than container load) means your cargo does not fill an entire container and will be shipped along with other shippers’ goods. When you opt for an LCL shipment, your goods will be packed at the origin port and unpacked at the destination port. That is why LCL shipping takes a few days longer than FCL.

Main cargo ports in the USA:

Air freight from Indonesia to the US

Air freight is much faster than the ocean freight. Unfortunately, it is also much more expensive, and there are strict weight limits. Because air freight is faster and safer, it is usually used to ship valuable, fragile, and perishable goods. Shipping time from Indonesia to the US varies, up to two weeks.

Main airports in the USA:

How much does it cost to ship from Indonesia to the USA?

Shipping costs depend on the cargo’s type, method of transport, route, distance, and the chosen freight forwarder. Freight forwarders will provide you with different quotes. ShipHub.co is a website that helps you to compare various offers from reliable forwarders. It allows you to receive a quote for your shipment and choose the most suitable forwarder. Just fill in the form like shown below and pick the best quote named!