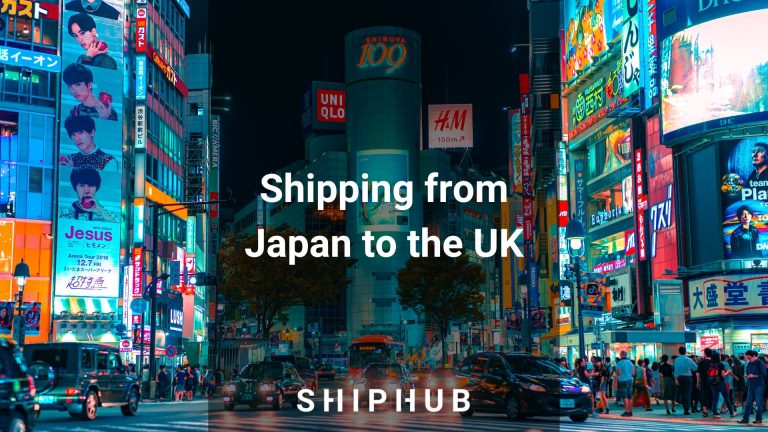 Japan is a major competitor in the international trade of electronic circuits among Asian countries, ranking among the top exporters of autos and automotive components and accessories. Japan is Britain’s 13th largest trading partner. The UK and Japan Comprehensive Economic Partnership Agreement was signed on September 11th, 2020. The Japan pact with the UK enhanced trade between the two nations by over £15.2 billion ($19.5 billion). What are the ways of shipping from Japan to the UK?

Shipping from Japan to the UK

Sea freight from Japan to the UK

If cost is more important than transit time, maritime transport is the optimal option. It is best for things that need to be shipped in containers. It is the most commonly selected mode of transport in international trade due to its comparatively low cost and high capacity.

When choosing sea freight, you must choose between FCL and LCL modes. FCL (Full Container Load) means that one sender/recipient books one container. It is an option for large loads that take up a lot of space. LCL (Less Container Load) refers to the practice of sharing a container with other importers/exporters. This option is more advantageous for shipping goods in smaller quantities.

How long does sea shipping from Japan to the UK take?

When shipping from Japan to the United Kingdom by sea, shipments may pass through Singapore, a major hub port. LCL shipments are usually transshipped at the Singapore port. Container ships travel from Japan to Europe via the Suez Canal, stopping at a number of ports along the way. Before arriving in Southampton, container ships call at other European ports such as Rotterdam, Hamburg, and others. Therefore, to calculate how long delivery from Japan to the UK will take, add two to three weeks to the actual sailing time.

The United Kingdom, as an island country, relies on air and ocean freight more than many other countries. Consolidation shipping services to the port of Southampton are available if you are shipping to the UK from Japan by sea. Port-to-port shipping time from a major Japanese port, such as Tokyo or Yokohama, to Southampton, UK, is typically 38-40 days.

Main cargo seaports in the UK:

Air Freight from Japan to the UK

Compared to other types of transportation, air travel is relatively expensive. However, in some circumstances, it is the best option. To begin with, it is appropriate for shipping commodities with a short expiration date, such as food or flowers, as well as other time-sensitive goods, like drugs. Because it is the safest mode of transportation, airfreight is regularly used to move diamonds, vehicles, and other valuable products. Remember that its safety and speed come at a high cost. So, weighing all the pros and cons is necessary before making a final decision.

Airfreight is the quickest and most expensive method of transporting goods from Japan to the United Kingdom. It may not be considerably more expensive than sea freight if the cargo does not weigh more than 100kg. This method works best for smaller shipments. It is also widely considered the safest option, making it a good choice for fragile goods.

How long does air freight from Japan to the UK take?

Air freight from Japan to the United Kingdom takes a few days.

Main cargo airports in the UK

Multimodal transport from Japan to the UK

A shipping route from Japan to Europe via Dalian, China, was established in May 2018. It is a maritime transportation system that links Japanese ports with those in China (Tokyo, Yokohama, Nagoya, Osaka, and Kobe). Following that, the goods are rail-delivered to European terminals. More options have now been available, such as the EX Ocean-Solution China Land Bridge EJ (Europe-Japan), which transports commodities from Europe to Japan.

How long does multimodal transport from Japan to the UK take?

Transportation by sea and train between Japan and Europe takes 28 days, much shorter than only marine shipping.

Alternatively, the goods can be transported by cargo plane and train. Air freight arrives in Chongqing, China, from Narita, Haneda, Chubu, or Kansai airports in Japan. The cargo is then railroaded to Duisburg. The transit time for FCL goods is 22 days, whereas LCL cargo takes 23 days.

The first Trans-Siberian transit container train hauling freight from Japan has been opened by Russian Railways (RZD) and Maersk. Maersk has dispatched the first container train from the Trans-Siberian Railway’s Nakhodka-Vostochnaya station, loaded with freight from Japan. The train arrives in St. Petersburg, and the cargo is loaded onto a vessel to Felixstowe, England. The total transportation time from Japan to the United Kingdom is 42 days.

How much does shipping from the UK to Japan cost?

As mentioned before, costs highly depend on the chosen method of transportation and type of cargo. The easiest way to evaluate your specific type of cargo cost is by filling a form on ShipHub. After sending the request, you will receive offers from various verified freight forwarders, from which you can select the one that suits your requirements the most.