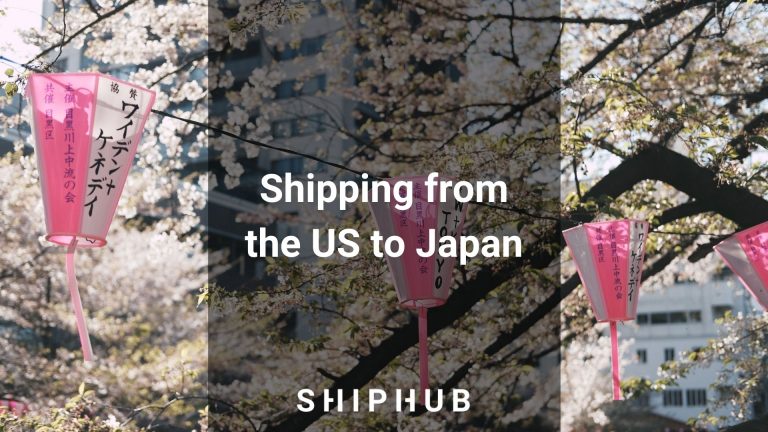 Both the US and Japan are highly successful economies and powerhouses of international trade. Despite past conflicts, the two countries are now trade partners, Japan taking the number four spot among the United States leading importers. The country mainly imports computers, medical equipment, and pharmaceuticals from the US. In this article, you will find the basics of shipping products from the US to Japan.

To ship cargo from the US to Japan, you can do it by sea or by air. Both options have advantages and disadvantages, so make sure to consider which is optimal in your case.

Airfreight from the US to Japan

Airfreight is the fastest way of shipping goods from the US to Japan, as well as the most expensive. If the cargo’s weight does not exceed 100kg, it might not be much more expensive than sea freight. This method is recommended for smaller shipments. It is also generally deemed the safest option, so it is a good pick for fragile goods.

Sea freight from the US to Japan

Sea freight is the more cost-effective option, but it also takes a long time for the shipment to arrive at the destination. There are also two options for this option: LCL and FCL shipping.

There is a wide array of seaports in Japan, many of which deal with cargo from all around the world. Here are some of the most significant hubs for trade:

Depending on whether you chose LCL or FCL shipping, here are how much time sea freight might take:

Because the customs clearance is often confusing and time-consuming, many importers decide to let the forwarder take care of it.

However, whether you decide to do it yourself or let the forwarder deal with it, you will still need to provide some documents to import your cargo successfully. These are:

How much does shipping from the US to Japan cost?

As mentioned before, costs largely depend on the chosen method of transportation and type of cargo. Prices will also always go up in case of very large or possibly dangerous goods. To evaluate your specific type of cargo cost, you can fill a form here on ShipHub. Here are some examples of filled forms:

Shipping from the US to Japan – summary

The US and Japan have a stable trade relationship, and thanks to the popularity of US imports, importing to Japan can only prove beneficial. Make sure to carefully think through your options and decide what is best for your shipment.