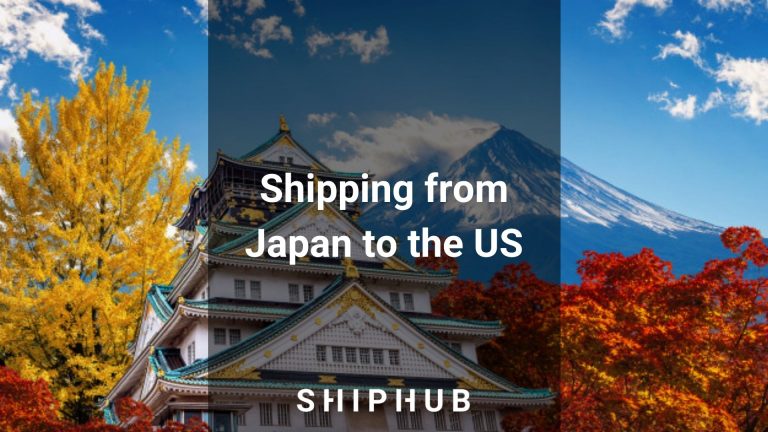 Japan is the fourth-largest importer of goods in the world. Ever since the 20th century, Japan and the US have maintained a close partnership, especially in terms of trade. As a result, Japan is the US’ fourth-largest goods trading partner as of April 2021, both in exports and imports. Japan is famous worldwide for its top-quality vehicles, electronics, and machinery, which are the top three most imported products from Japan to the US. Find all the essential information on shipping from Japan to the US.

Shipping from Japan to the US

With the implementation of the US-Japan Trade Agreement (USJTA) in 2020, which has eliminated or reduced tariffs on various goods, importing products from Japan to the US improved. Due to the considerable distance between the two countries, goods from Japan are shipped to the US by using either airfreight or ocean freight.

The most popular shipping option chosen by the US importers is ocean freight. It allows the transport of small and large shipments for lower price compared to airfreight. Shipping costs can even be optimized by choosing an adequate type of container. Full Container Load (FCL) is used when shipping larger and heavier shipments that can fill up a 20’DV or 40’DV container, while Less Than Container Load (LCL) is used for smaller shipments that would not fill up a whole container.

Ocean freight is also the slowest shipping option available when shipping from Japan to the US. On average, Japanese shipments arrive at the West Coast in 15-20 days. Ships arrive at ports located on the East Coast in 25-30 days.

Main cargo ports in Japan and the US

There are over a thousand ports located in Japan. We present some of Japan’s most important seaports below.

The main cargo ports in the US are:

Airfreight is a less popular option than ocean freight when it comes to shipping from Japan to the US due to the much higher shipping costs. Moreover, it is not possible to ship oversized shipments by air freight. In addition, airports do offer extra security, so shipping smaller shipments of valuable goods using air freight is recommended.

Another advantage of air freight is the transit times that it offers. Shipping via cargo airlines is much quicker than ocean freight, as it can take as little as 2 to 4 business days for your order to arrive in the US. Similarly, express shipping shortens transit time, as there is no need to go through the complex procedures as in regular air freight.

Main cargo airports in Japan and the US

The main cargo airports in Japan with direct cargo airlines to the US are:

The main cargo airports in the US are:

Shipping from Japan to the US –tariffs and customs duty

When the US-Japan Trade Agreement entered into force in January 2020, many reductions to tariffs were enacted, meaning that various goods can be imported at lower duties. Nonetheless, importers will be expected to pay customs duty on any orders exceeding the US Duty-Free threshold, in addition to the state’s sales tax.

Additionally, an import declaration form will need to be submitted when importing goods from Japan, with the following documents attached:

When planning to import goods from Japan to the US, it is best to compare freight rates first. The easiest way to do this is by filling out a short form on ShipHub. After sending the request, you will receive offers from various verified freight forwarders, from which you can select the one that is most suited to your requirements.

Check how to ship goods from the US to Japan.