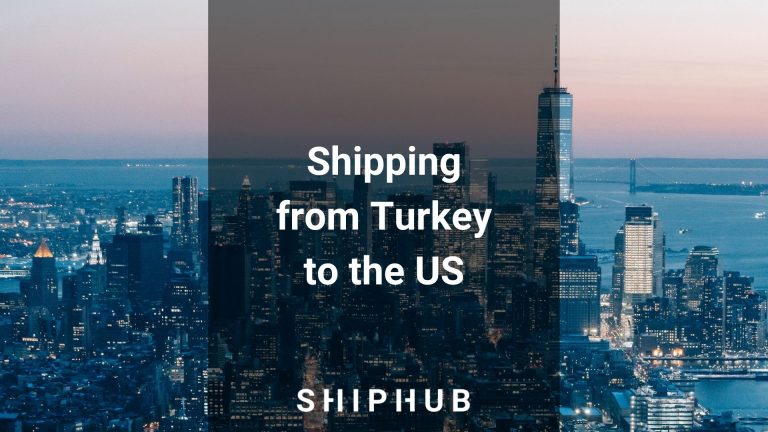 US-Turkish trade ties are relatively weak, and whether they strengthen or not in the future depends on several economic and political factors. In 2019, US-Turkey two-way goods trade was equivalent to less than 1% of US global trade in goods, and the US accounted for 5% of Turkey’s exports. The United States imported $10.6 billion in goods from Turkey, which exceeded exports by $0.3 billion. They mainly were carpets and rugs, autos, and other light-duty motor vehicles, as well as petroleum refinery products. The US and Turkey can prosper in trade. Get to know the options of shipping from Turkey to the US.

Shipping from Turkey to the US

In 2019, Turkey was the United States’ 32nd largest supplier of goods imports. Since the US and Turkey are on two different continents, there are only two methods of shipping from Turkey to the US:

Sea shipping from Turkey to the US

Sea shipping is the most popular method of transporting cargo. One of the pros is the low cost, but it is also the slowest mode of transportation. You can choose Less than Container Load (LCL) or Full Container Load (FCL). Shipping time from Turkey to the United States of America by sea is usually 14-19 days.

You can ship your goods from seaports in Turkey such as:

Seaports in the US

There are several major seaports in the United States. Below, we present the five largest container terminals in the US:

Airfreight from Turkey to the US

The transit time between Turkey and the US by air is around 1-3 days. The short transit times come with a price. Airfreight is about five times more expensive than sea shipping. It is recommended if you move perishable goods or you are not on a budget.

The major airports in Turkey are:

Main cargo airports in the US

Customs clearance in import from Turkey to the US

There is a set of documents that are required for customs clearance. It is usually:

How much does shipping from Turkey to the US cost?

The shipping cost depends on the type of transportation, the size of the consignment, and additional safety measures. If you fill a form on ShipHub, you will receive an in-depth quote on your international shipment from various forwarders. Here are some examples of filled forms: