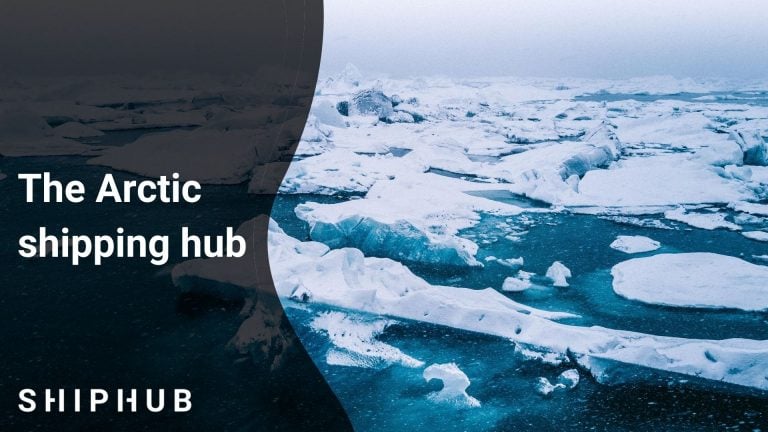 China is becoming a major economic power, constantly developing its relations with Europe. The Chinese are unceasingly searching for expansion paths and ways to improve trade routes both to Europe and to other countries. While Beijing focuses on the routes around the Arctic Circle, the melting of ice in a Norwegian city turns out to be a big opportunity for China. The Arctic shipping hub might become a strategic point.

Recently, China has discovered that the Norwegian town of Kirkenes may be an ideal location for establishing a European port of the Arctic Route. The construction of the Arctic shipping hub in there might be a great opportunity for the town to develop.

Kirkenes is located in the north of Norway, a couple of kilometers away from the Russian border. The main income of this town comes from its port traditions and infrastructure.

The Arctic shipping hub in Kirkenes

The Beijing authorities claim that Kirkenes might be a perfect location for creating an Arctic shipping hub. China has long sought a suitable place to invest in the Arctic Route. However, there have always been difficulties such as temperature, unpredictable ice masses, or severe snowstorms.

Apparently, the conditions in Kirkenes are relatively good and the place has much potential. Therefore, China is enthusiastic about the idea.

Chinese investments might turn out to be a development opportunity for the town, given that the governments of Norway, Finland, and Estonia have so far been reluctant to invest in rail connections to Kirkenes, which could result in a gradual decline of the port.

Thanks to the construction of the Arctic shipping hub, China would be able to extend the New Silk Road strategy aiming for Scandinavia, as well as to accelerate the Arctic Route expansion.

The Arctic shipping hub and other countries

So far, the Arctic has been a distant economic goal for most countries. Nowadays, however, there is a ‘battle’ for influence in the area.

The United States has already expressed its concern over China’s presence in Arctic Europe. The Russians, on the other hand, are still observing how the situation develops.

The Arctic is becoming increasingly important in commercial terms, which is a result of the melting of ice and the shrinking of the ice caps.

Opinion of the residents

In order to develop, Kirkenes needs a lot of investments. First of all, it will need a technologically advanced harbor that will be weather-resistant. It will also be necessary to introduce rail transport to the city so that intermodal transport can develop as well.

The Scandinavian governments do not yet entirely believe in the commercial development of Arctic areas. On the other hand, both entrepreneurs and residents are already inviting Chinese consortia and planning private investments. For example, the construction of a tunnel on the Helsinki-Tallinn route.

Most of the residents definitely do not mind Chinese investments, quite the contrary – they hope a Chinatown will be established in their neighborhood, already organizing Chinese culture related events.