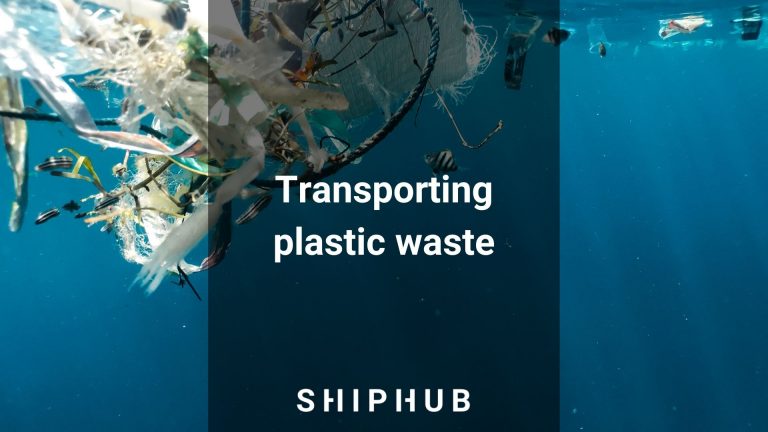 More than 10 million tons of plastic waste end up in our oceans every year. CMA CGM, one of the largest shipping companies, has announced that it will not accept plastic scrap anymore. What is other shipowners’ position on transporting plastic waste?

CMA CGM has joined large sea carriers who have decided to restrict transporting plastic waste onboard. It shows the group’s commitment to protecting the environment and conserving biodiversity. CMA CGM will not be accepting plastic scraps onboard from April 15, 2022 (the decision will be effective on June 1, 2022).

Shipowners that banned plastic scrap onboard shipped to certain areas

The commodity type is determined by the assigned HS code. The HS Code for plastic waste, parings and scrap (of polymers of ethylene, styrene and vinyl chloride) is 3915. Shipments with this code will not be carried on CMA CGM ships. It will still be possible to send a shipment classified as 3920 (other plates, sheets, films, foil and strips of plastic), but a false declaration will lead to blacklisting.

China is the largest producer and consumer of plastics. It produces about 60 million tons per year, and only 30% is recycled. Until 2017, before the introduction of the ban on the import of waste, it was the largest importer of plastic waste in the world. Western countries that used to import their plastic waste to China began to ship it to smaller countries in Southeast Asia (Malaysia, Vietnam). Once those countries also put restrictions on plastic waste entry, there was a need to introduce new regulations on the recycling and utilization of plastic waste.