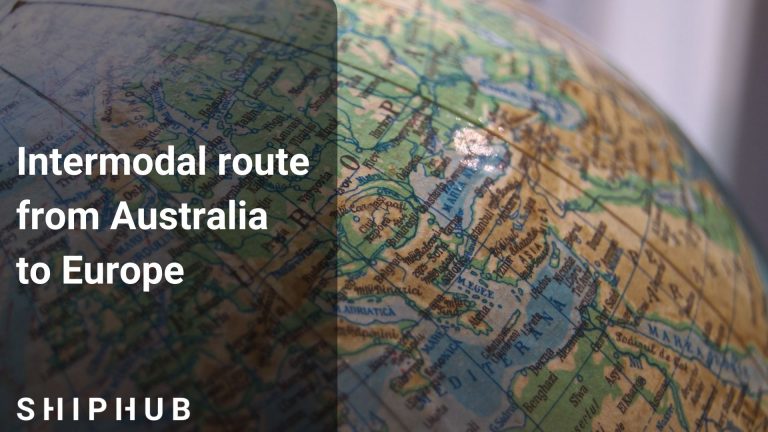 A new intermodal route from Australia to Europe is in the making. The route will be a part of the New International Land-Sea Trade Corridor (ILSTC), a trade and multimodal transport corridor jointly built by the western Chinese provinces and the ASEAN countries. Now, Europe is also engaged in the establishment of the ILSTC.

The new intermodal route from Australia to Europe

Is has been announced than the new intermodal route will connect Australia to Europe (Poland) via Chongqing. The project is jointly developed by YUXINOU-Pacific Integrated Logistics Group Multimodal Company Limited (YPL) based in Chongqing, Singaporean, and Polish partners.

YPL is one of the critical projects of China-Singapore (Chongqing) demonstration initiative on strategic connectivity. It integrates abundant logistics resources of Europe (Germany, Hungary, Poland) and Asia (Singapore, Malaysia, Laos, Thailand) as well as other regions. The YPL aims to build an international multimodal transport integrated service platform in Chongqing.

The route is already planned out and accepted by Singapore and Australian customers. The cargo from Poland reach Chongqing by the China-Europe Express (Yuxinou-Europe) railway line and then transfer via rail-sea routes to Melbourne, Australia. The transit time from Poland to Chongqing is approximately 14 days, from Chongqing to Australia – up to 28 days.

The implementation of the new ILSTC’s route is part of a larger project, namely New Silk Road, also called the One Belt One Road Initiative. It is a global economic connectivity program organized by China that plays an essential role in the Globalization 4.0 establishment.